Race to a Billion: Forum

Welcome to the online Race to a Billion forum!

All of the current season's action in this forum. You can find the Season 8 Live Leaderboard HERE.
Post Reply
118 posts

There could be two Bombs left...

...and because of the two Autobombs we know it's the two these players planted. We don't know if they're in the same place...

...but evidently not! Oh, you looked like you were the one to finish Kall's...

I've been away from the action for a while but oh boy what a round this has turned out to be!!
Live Leaderboard for Season 8 HERE
Top

Dan watching on with huge intent in this
Top

Ill use my copy and paste to grab spectrum please
Top

He's got a Lightning Card and he's gonna use it!!

...he should probably feel confident after two Autobombs and that Defuse seemingly only leaving his Bomb left, if any at all...

...but the dangers in this round may come in other forms...

...unless something very strange has happened, his Bomb is out there...

...just imagine the PAIN if he were to be forced to pick it, with a maxed-out Booster and all those minigames, to usher Kall into yet another Super Round...

It couldn't! And unless there's a Siren, that's the first Kall elimination of the...

YOU HAVE GOT TO BE KIDDING ME!!

Has he got what he needs?!?
Top

I have got a parting gift unfortunately

which is pointless
Top

And for the second time this season a Parting Gift is used without consequence!

An incredible ride comes to an end, as Kall tastes defeat for the first time all season! He loses the regulation £500k Bomb penalty, offset by the 15% Drain and also by a £230k annuity payment (which is also drained). He has 15 payments of £230k left. and with over £292m already in the bank he can safely be assumed to be still firmly at the business end of this race. A new adventure awaits for him in Cycle 4, but for now... we do have to say goodbye to him! Thanks for playing... what a run!

It was previously gold with a Lightning Card!

That's the end of the round... you think? Slow your roll sister, because we're halfway there. FIVE minigames to be played!!
Top

Whew... that was intense!
Top

It doesn't get much simpler than this to play. Just keep picking squares until you've found two of the three Bombs. The 22 safe squares on the grid consist of pairs of 11 different amounts ranging from £500k to a massive £10m. Find both squares of a certain value, it's yours... but you get nothing without a pair. NOT IN THIS GAME!

Pick as many as you like, it's pure autopilot here, the game only ends when you find a second Bomb and there's no risk. With the 300% Booster, the potential winnings in this game are ENORMOUS... half an hour ago you were in the bottom quarter, after this you could theoretically be third. Good luck!
Top 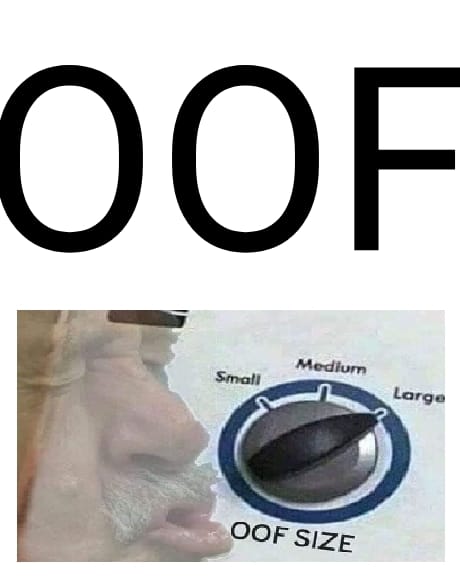 Great-looking grid... from which you gained nothing. PLENTY more chances to gain something though!
Top

Here's one with the guarantee to leave with something if you want to play it that way... MAKE YOUR MARK!

You've got an inverted pyramid of potentially powerful contents - £1,000,000 on that first square, for a start! The second row contains one green with a Lightning Card, one green without one, and one gold. The next row adds one more gold... and one Bomb. But we'll come to that after you make your pick from the safe first row - 1, 2, or 3?
Top

Gold would surely go down well with that Booster...

This one does come at risk, but are you OK taking it?
Top

I'll go for it, and pick number 3 again.
Top

THAT is what you want to see when armed with the Max 300!

2/7 chance of losing what amounts to over £34m with the Booster... 5/7 chance of building on that still further. Your call...
Top

This could be one you look back on and regret...

Oof size: too big for your screen. But the games keep coming and they don't stop coming...
Top

...and THIS is the one you have TWO copies of. With the max Booster. Let's play TIC TAC DOUGH!

In this simple game, you can bag a fortune the longer you can stay alive. Six of those squares are cash amounts from £1m to £5m. One of them has the word TIC, another has the word TAC, but there is one Bomb up there. Find the TIC and the TAC before the Bomb, we'll end the game and top up your winnings by a cool £10,000,000! You have the option to bail after each flip, but if you find the Bomb, it's game over!

Hopefully you've saved all your luck for this. Because you're playing it for octuple stakes. Literally any TIC/TAC combo win will more than double your score. Good luck!
Top

That, right there, is enough to take you into the Nine Figures Club. If you want to take it...
Top

You've already lost over £30m in pursuit of more once.

Is that too much to lose?
Top

...are you stopping?
Top

After a succession of squanders and sickeners, here's one that will pay out something. TIMES TABLE!

Behind those question marks are nine different Category 1 or Category 2 cash amounts, attached to nine multipliers ranging from -1 to 10. You will win all of those amounts after applying all of those multipliers... but only after eight of them are moved around. To do that, you select one multiplier to reveal what is behind it, and then pick a new multiplier to swap it with. Both amounts in the swap are then locked in - one of them visible, the other hidden until the end. We then do three more swaps, with the options reducing with every one. Finally, everything will be revealed and added together for your winnings!

Let's see what kind of draw you'll face tonight. Start off by picking your first multiplier, and we'll see the attached cash!
Top

What are we going to see here?

Let's switch it with the x7, then reveal x2.
Top

Sorry about that delay, here's where we stand now after that!

Low-end green to move, but where?
Top

That is an incredibly surprising choice. :p

You'd probably rather have left that one untouched but it has to go somewhere...
Top

It's probably better off under the zero, so let's put it there.
Top

That's activated, and here is your final Times Table!

The immediate money is over, but the money-making may just be getting started - because this is FOR THE REST OF YOUR GAME!

To start, you pick one of those three. All are concealing greens from £500k upwards, and whatever you reveal will be the value of an annuity payment you receive every turn for a duration you'll be earning later... potentially FOR THE REST OF YOUR GAME!
Top

It's BIG! About as big as it gets, and this could turn into one seriously lucrative minigame now! 2 had £800k and 3 had £550k so you definitely got the most out of that

That's your annuity payment, now you're playing to maximise how many times you get it...

Eleven of those 15 squares contain white lights, which will advance you one step up that time ladder. The other four are red, and send you one step down - unless you're at zero, because you can't go down from there. You can stop on any white light, but not on a red. Four reds? You're dead.

This has game-breaking potential if your luck's really in - those numbers are before the Booster, which is applied based on what it is at the time it's applied. Good luck!
Top